St. Patrick's Church was built to serve the Catholic community of Plumstead. It was a growing community made up for the most part by Irish immigrants who had arrived in south-east London in search of work at the Royal Arsenal in Woolwich. 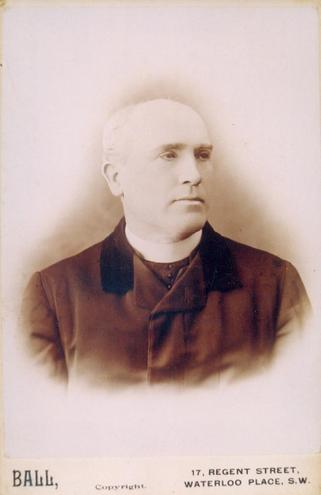 Fr. Thomas Whelahan’s memorial tablet at the back of the School Hall today. 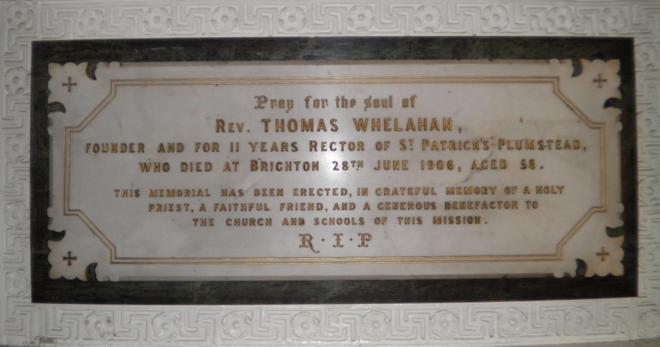 The interior of the old St. Patrick's Church. 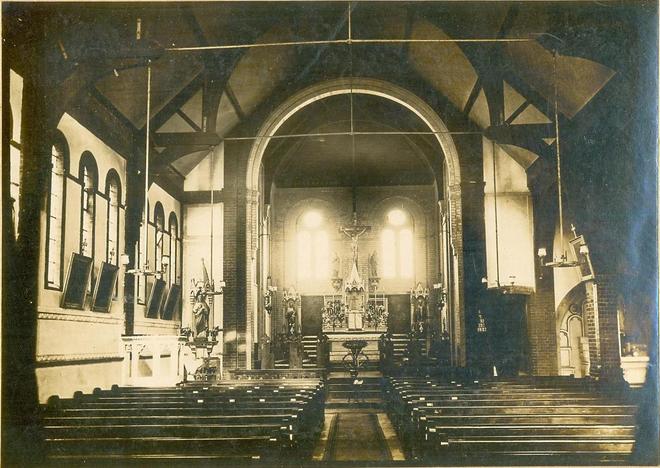 By the 1960s the church became too small for its large congregation. At the same time, the nearby Anglican church of St. Paul in Hector Street was closed in 1966 due to its dwindling congregation. Negotiations began between the Catholic Archdiocese of Southwark and the Anglican Diocese of Southwark. As it could not be sold as a standing consecrated church, a special Act of Parliament was required to make this possible. In 1968, the Bill passed and received Royal Assent. St. Paul’s became the first standing Anglican church to be sold to the Catholic Church and set a precedent. After some alterations,  the  church  reopened  as  St. Patrick’s  on  4  July 1969  by  Archbishop Cowderoy.